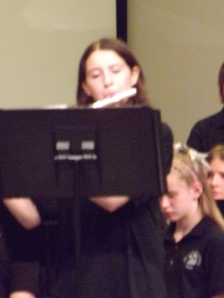 Trin has worked so hard, relentlessly practising playing her flute, and Sunday afternoon that work paid her well. After playing a duet with her band mate Jeremy at the Longfellow spring concert, she won a certificate for a Superior performance in a band competition (back in March) as well as a trophy for being the female Outstanding 8th Grade Student 2011-2012. Well Done, Trinidad! 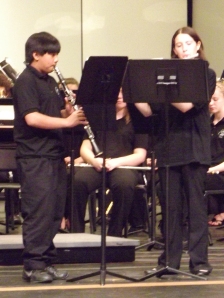 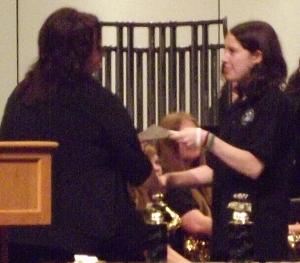 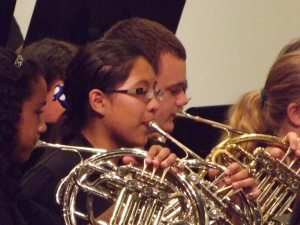